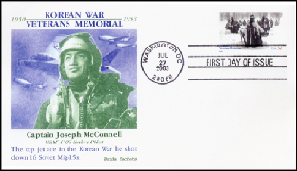 SellLeads.tv is constantly looking to buy lead information on a wide variety of people, including collectors of valuable items such as gold coins, bullion and stamps. Today we’d like to address one specific audience within the philatelic community – collectors of first day covers (FDCs). A FDC can be an envelope or a card. It bears a stamp that is cancelled on the stamp’s first day of issue. The cancellation mark usually bears the legend “First Day of Issue”. Frequently, special envelopes, called cachets, are printed up that contain an appropriate illustration identifying it as a first day of issue envelope. The cachet will often contain written text that tells us something about the stamp and its subject matter.

In the U.S., the Postal Service will designate at least one official first day city, the only places where first day of issue cancellation can be stamped directly by the USPS. The city chosen for this honor usually has something to do with the newly-issued stamp. For instance, a 2003 first day cover commemorating the Korean War Memorial was released with a postmark of Washington, DC, the site of the memorial. The release dates of FDCs are usually timed to coincide with the anniversary of some famous event or birth date. They also can be timed to highlight some important current event, such as the start of an Olympics or a World’s Fair.

Die-hard collectors can actually attend first day of issue ceremonies in the issuing city, organized by the USPS and/or a relevant organization. Attendees often bring along special souvenir materials that are stamped and cancelled on the spot. This creates a lively market for rare first day souvenirs and special cachets. One typical tactic is to have a stamp affixed to the ceremony’s official folder and have it first-day cancelled. Some advanced collectors will buy a plate block of four or six stamps for their first day covers. These blocks have enhanced value when the perforated edge contains the plate or cylinder number of the press that produced the stamp.

Fanatic collectors prepare their own unique first day cachets and send them to the USPS ahead of time to receive the proper cancellation. Imagine the value of a FDC prepared on a cachet produced from an artist who later goes onto fame! Yes, FDCs attract enthusiastic collectors, and SellLeads.tv wants to buy lists of such enthusiasts. We invite you to submit your philatelic leads to us – we offer top dollar!